The storm that came in Saturday afternoon was wet but warm so it was unclear how much or how good the snow was going to be on Mt Pinos. We decided to check it out.

Amazingly, there was some snow at “The Y” and the snow gates were open despite the road being unplowed. By the time we got to the Mt. Pinos Campground pullout our car was starting to high center so we decided to park there and explore the Iris Point Trail. 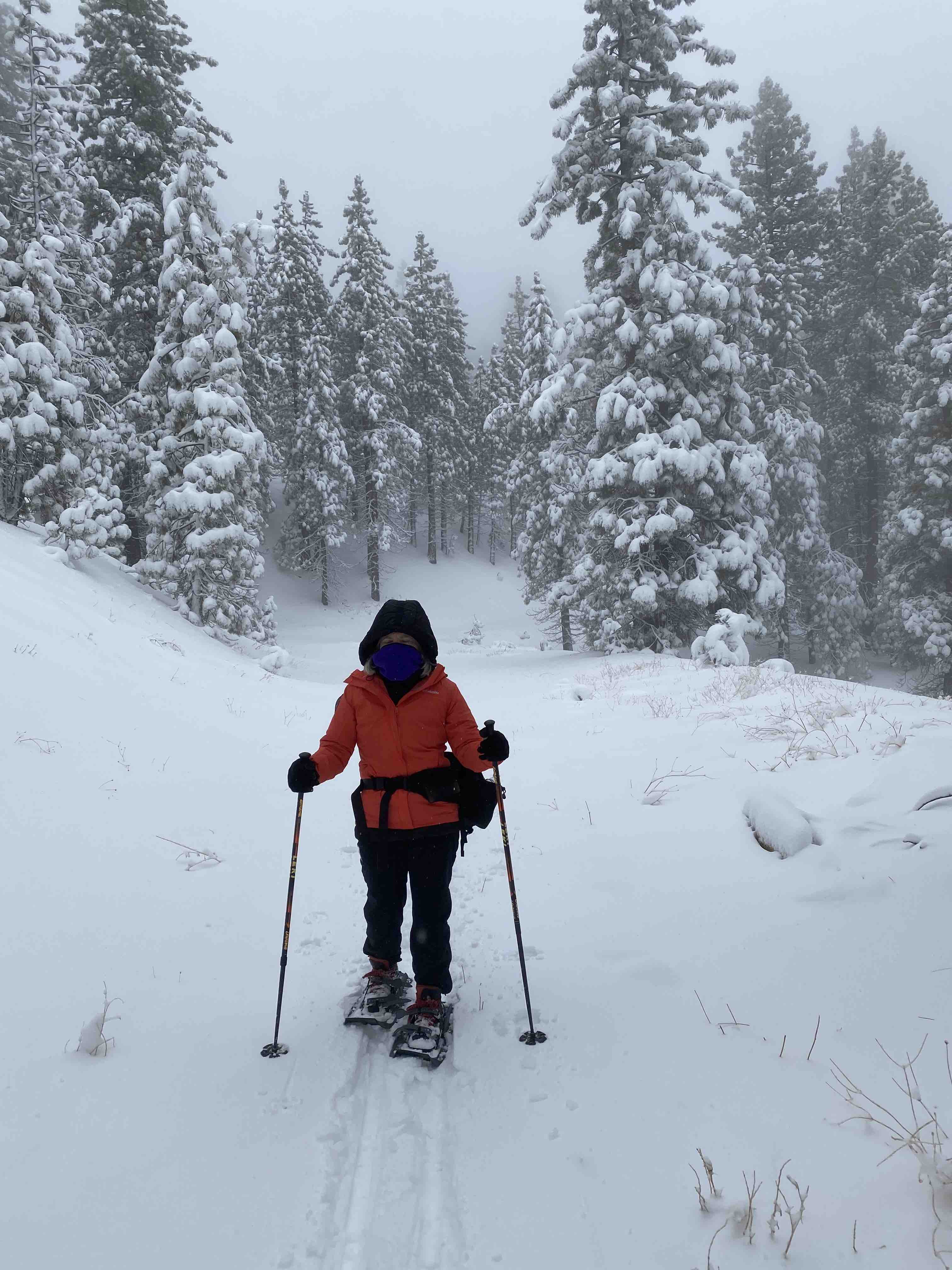 The trail was beautifully covered in fresh snow and we were enjoying the fresh air and amazing scenes. 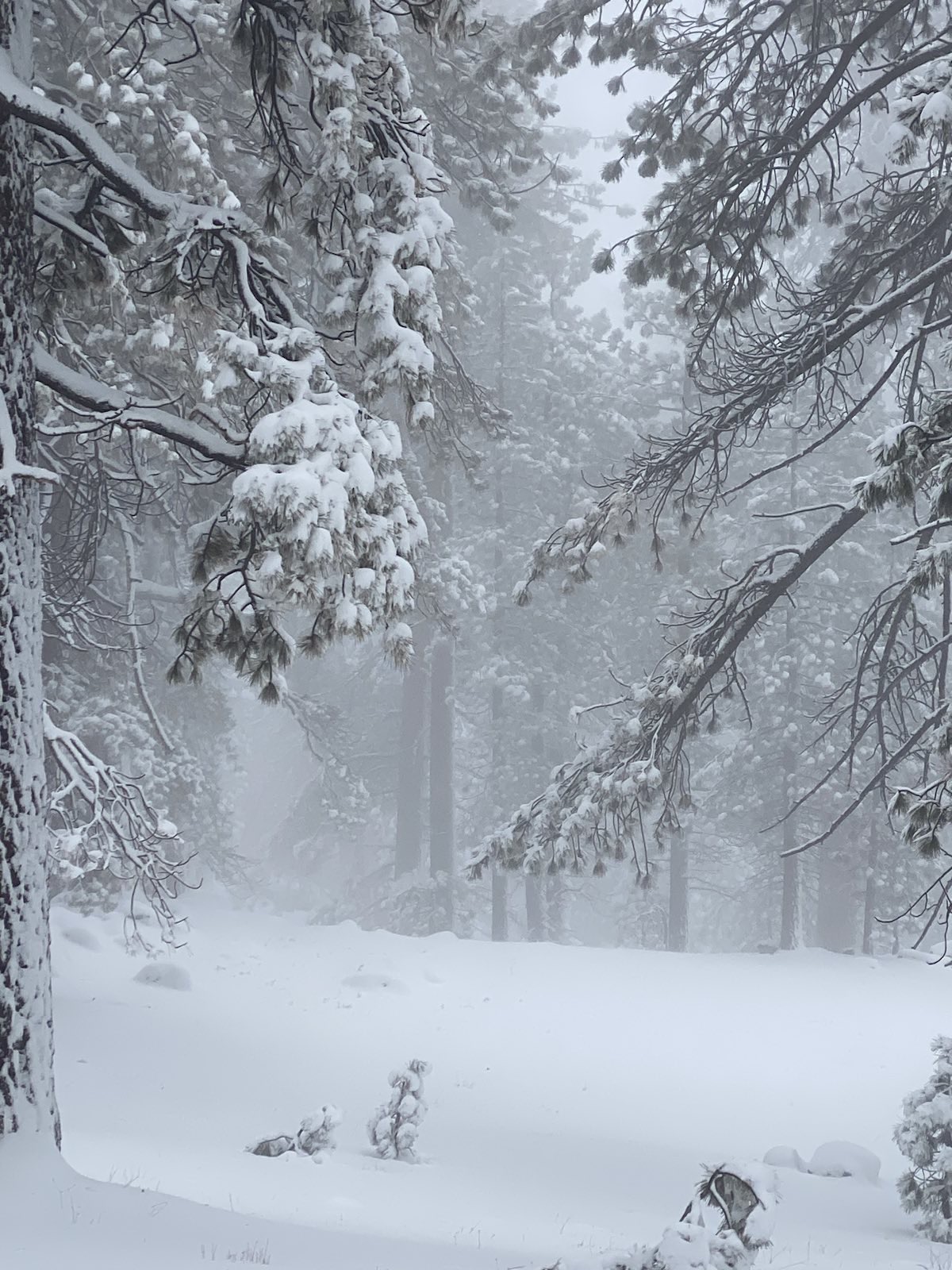 But after we had only gone a short way we heard a law enforcement vehicle’s bullhorn on the road above us announcing the mountain was being closed.

Oh well. At least we got out a little bit.

On the way down we saw the snow plows headed up so I guess they will officially have the road reopened shortly.

And there are a series of storms predicted for this week so it looks like we will have good skiing and snowshoeing next weekend.